Artists battled head-to-head in LIVE 60 minute bouts to create an A2 illustration inspired by a recent news headline. The world’s top illustrators compete with a clash of styles as they battle to become no.1.

What an absolute shocker. I have the esteemed honor of being the 2019 UK Illustration Championship WINNER. I could not have done it without all of your help. Throughout the competition I saw all your posts, tags, shares, comments, likes, reposts, tweets, toots, poops and peeps across the social landscape and it felt quite like the ending of Paper Mario: The Thousand Year Door when everyone is cheering him on to give him power- but I digress. From the bottom of my heart, thank you all for all the love and support, truly. Now to get this past customs...

Some of his winning work...

That’s a wrap for the quarter finals! This was DIFFICULT. Still time to vote with the hashtag #hugeburns5!!!

He faced the following questions are his triumph...

Congratulations on winning the UK title ... How much does something like this take out of you both mentally and physically?  What qualities did you draw on to progress through the tournament undefeated?

Thanks! A competition like this is certainly exhausting, but in the best way possible. Drawing while under the pressure of a countdown is an excellent exercise as it tests how quickly you can execute an idea you've had limited time to research and explore. For this competition specifically, I kept to these principles: Stick to your strengths, don’t be too bold, and be good to one another!

Were there any points during the tournament when your opponent had you on the ropes, we heard there was some pretty closely contested bouts?  Among the 32 competitors who did you most worry about coming up against?

Absolutely. I was worried going up in the semi-finals because my headline required drawing the likenesses of well-known personalities, and I think that's one of my weaknesses. Never mind my competition being very talented too! Ewan, Tony Riff, Doodles & Drips and the excellent Mattias Adolfsson had me extremely nervous. These are people I had been following for years, and the prospect of competing against such talent had my stomach doing backflips.

You're American and all the headlines were from the British tabloid press!  Are you familiar with UK news cycles, names and faces? How did you go about ensuring you delivered a successful and coherent narrative each time.

I consume a considerable amount of British television which made me feel fairly confident of British slang and pop culture, and I was convinced that none of the headlines would be too concerned with UK personalities. I could not have been more wrong. My first headline referenced Jeremy Corbyn and a number of Grime artists, the latter of which I am somewhat familiar with. Other headlines dealt with the television show I'm A Celebrity which I have never heard of before coming to the UK. Reading the articles really helps however, and doing research on the people you want to draw help inform illustration decisions. Simply do your research!

We saw some closeup video of you at work - you've got a pretty committed and focused style and you seem to get allot done within the 1 hour time limit.  How did you approach each piece .. careful planning or caution to the wind?

Luckily we were given the headlines the day before for round one, which allowed the lot of us to prepare our compositions. Other matches had far shorter notice; we only had 10 minutes to plan before the quarter finals and I think that tripped a lot of people up a bit. I'd like to think I was carefully planning my pieces, but come time to execute, you end up making some snap decisions that could potentially make or break your piece. During the final round is where I felt the most vulnerable, as I had very little plan of attack. The atmosphere of the venue kept me mostly calm though; there was great music, and listening to great music while I draw helps keep my composure. I also try to work as cleanly and efficiently as possible in my day-to-day, so I think that habit translated well during the competition.

The UK Illustration Championships open-plan tournament format seems quite dynamic and even distracting - can you feel everyone looking at you?  Do you interact with the crowd or do you block it out?

I absolutely felt the eyeballs on me, but everyone was very respectful of our spaces. I had conversations here and there to keep spirits lively, but for the most part I was face down in my A2, well aware of the giant clock ticking down behind me.

Finally - 12 months from now your title will be up for grabs, do you plan on defending it!?

I will welcome the challenge! 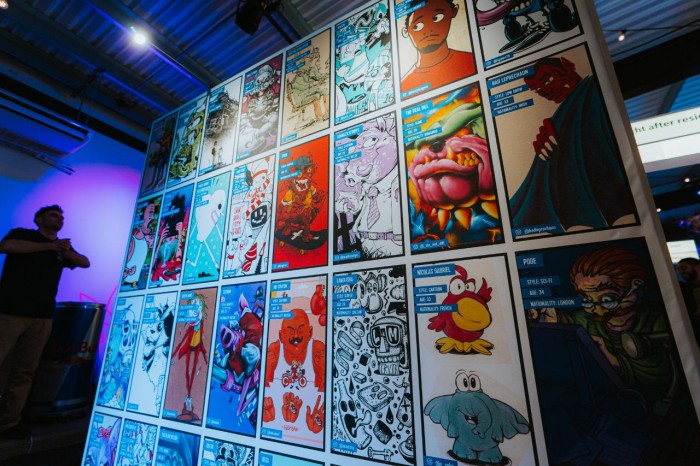 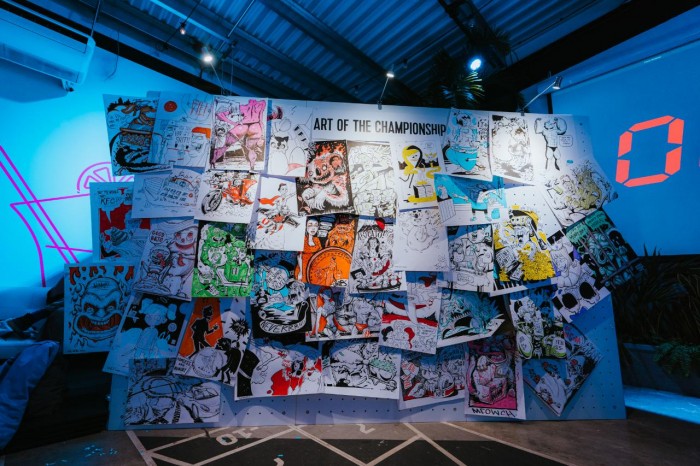 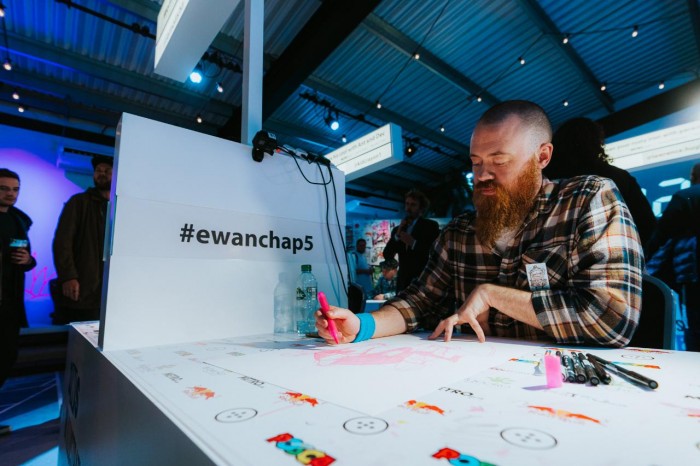 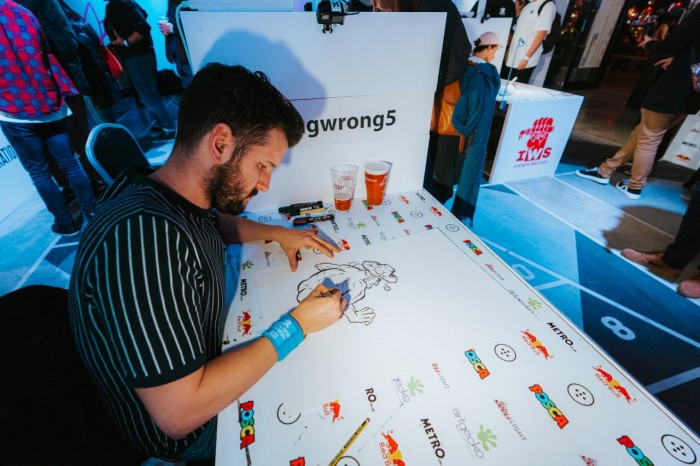 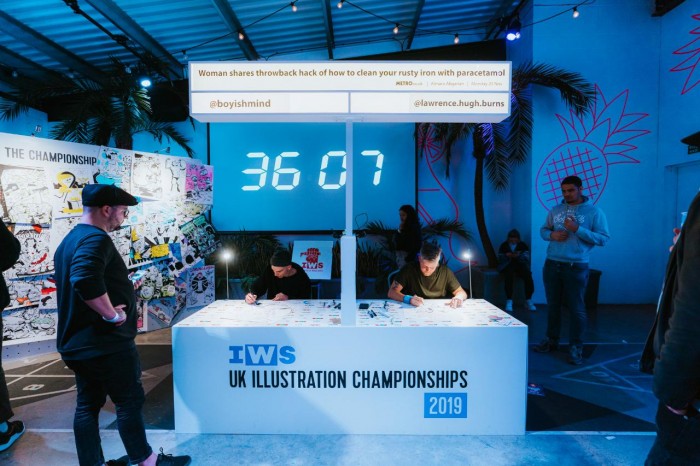 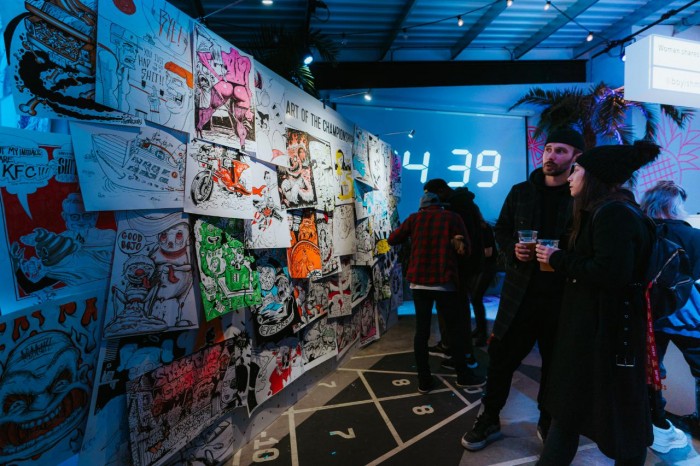 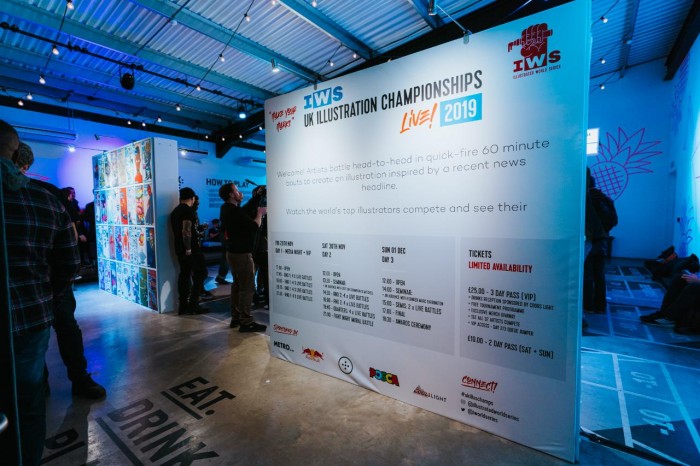 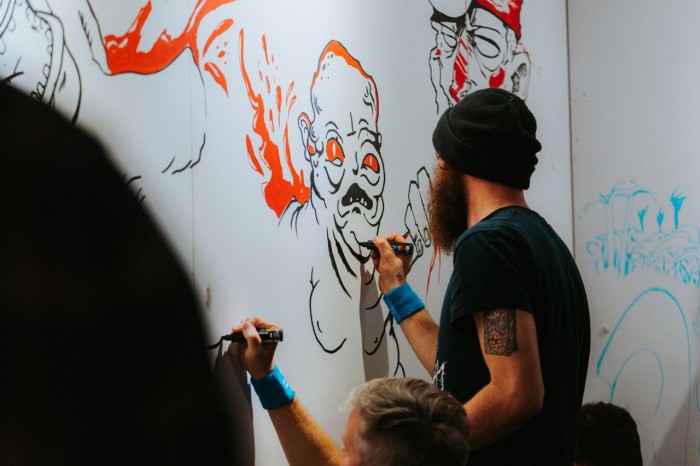 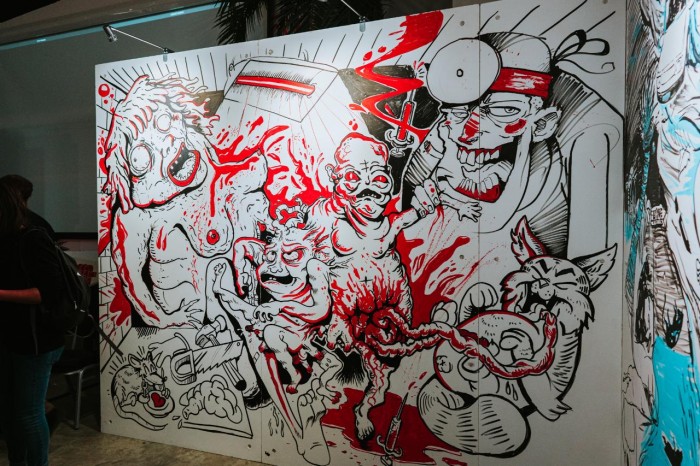 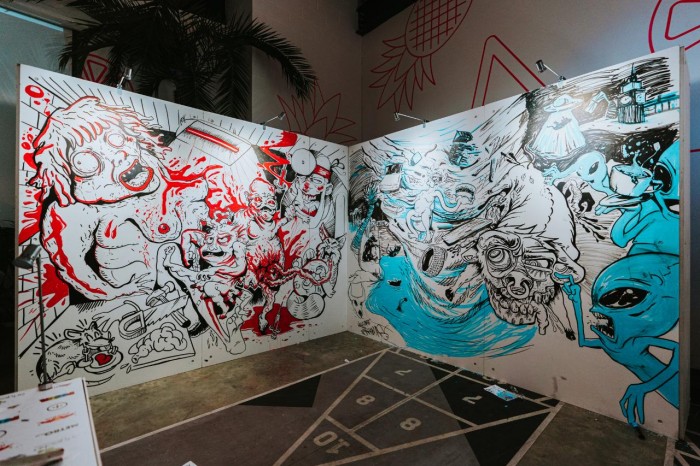