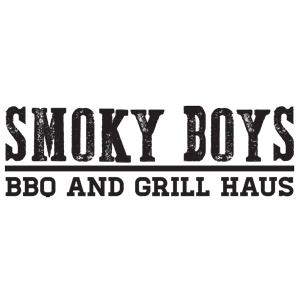 Smoky Boys, the high-quality burger and barbecue, casual dining restaurant group has a pedigree which is second to none. Its owners are such experienced individuals in the food and restaurant space that they have a number of successful businesses to their name.

From having opened Kishmish, a reputable, fine dining Indian restaurant in London to going to open a world cuisine establishment named Planeat World Food. The eaterie which followed, very much a precursor to Smoky Boys and located right next door to Kishmish, was Burgers of Broadway, which proved an instant hit with its "Americanised" formula of burgers and grills. Sensing that there was clearly mileage in such a concept, the first site of Smoky Boys was launched at the end of 2015. A Halal meat operation yet appreciated by everyone, Smoky Boys gradually became a name to be reckoned with!

Tingling the palate are such "bites" as Grilled Haloumi Skewers and then a host of signature burgers including the Haus Burger, Smoky Chick and Falafel and Cheese. The irresistible Grilled Chicken Wings are always a firm favourite at Smoky Boys as are the home-made Beef Dogs - washed down with our wonderful Shakes.

With several restaurant sites in and around London and more to follow, it's onwards and upwards for Smoky Boys!